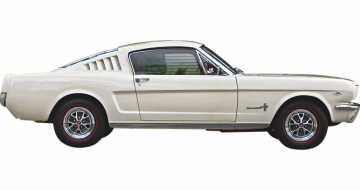 The Mustang  Owners Club of Australia, Vic, Inc. is a CAMS affiliated club and issues  CAMS racing  licences up to L2S level

Within the Mustang Owners Club of  Australia, Victorian club is a band of dedicated motorsport enthusiasts.

This group consists of members who enjoy being a part of the high octane world of circuit sprints, drag racing, tarmac rallying, hillclimbs, historic racing as  well as, of course, our regular club social events. Being involved with  motorsport does not mean a highly modified or race car is needed. Whilst  many members use their pride and joy on the track, there are others who do own  purpose built racing Mustangs. Being involved in motorsport need not be an  expensive hobby. You may choose to get into the thick of the action by  volunteering as a track marshall, no cost involved and you’re right there in the  best seat in the house. You might like to use your road car at sprint meetings,  many members do and have a great time.

Drag racing is fun and you don’t need a heap of modifications to enjoy yourself. You might enjoy the social and competitive atmosphere that keeps many of our members coming back year after year to some of the low profile and inexpensive tarmac rallies which have an emphasis on navigation with some speed events thrown in. Being involved in motorsport at this level is all about enjoying ones self and having a good time.

Co-ordinators, Graham Bell  5968-5883, Bruce  Rigby 9874-6330 or email ->> Click Here  They will be happy to advise all details and  events.
Further information can be found by clicking the links to the following PDF documents:

We are ran two teams in the Porsche Club Six Hour this year.

The action started at 10.00am and continued thru to a 4.00pm finish with the drop of the chequered flag.

Team 12 was made up of Mustangs owned by Phil Walters, Andy Clempson, Bob Lorich & Rob Tuckett, with an extra vehicle being a BMW driven by our good friend Aneeta.

While all this was happening Craig Dean & Daryl Carr were running two supercharged 2017 Mustangs ( Shelby & a Roush) in Targa Tasmania, Daryl went well despite the rain and ended up third outright in the ‘Rookie’ Class. Craig had a small mishap and ended up midfield in the open class. Both Mustangs thrilled the crowds all the way thru Tassie.

The next big event apart from the odd sprint meeting at Philip Island, Sandown or Winton is the Six Hour at Philip Island in late July this year. Once again we have two teams running on the weekend of July, 27th & 28th. Come along to our pit garages and say hello, we can always give you a job to help with timing or signalling. We should be in garages up around No 40 at the northern end of the pits. Admission is free on both Saturday & Sunday. This is a great Club event!

Recent Queensland News- Andy Clempson (Hollywood) ran his green 1965 Fastback which is wildly modified and running in the Qld Trans Am Class, at Warwick raceway several weeks ago. He qualified in P 1, Won the first race on the Saturday then while leading the first race on the Sunday broke the gearbox on lap 4, bad luck.

600Hp does not work very well with a toploader gearbox.

If you are interested in becoming involved with any facet of MUSTANG MOTORSPORTS  please speak with our friendly Motorsport Co-Ordinators Graham Bell  5968-5883 or Bruce Rigby 9706-5110  or Email- info@mustangclubvictoria.org.au  They will be happy to advise all details and events.